When you are migrating email to Rackspace, all email might not be migrated over to the new Rackspace mailboxes after the first migration pass. This incomplete migration usually occurs during the Switch Over phase when changing MX records. During that time, email might continue to be delivered to the environment from which you are migrating.

To mitigate this issue, you can run additional migration passes. These extra passes capture differential data and migrate any new items that might not have been available during the first migration.

Every mailbox being migrated receives up to 10 passes at no additional charge. Following are some additional details about migration passes: 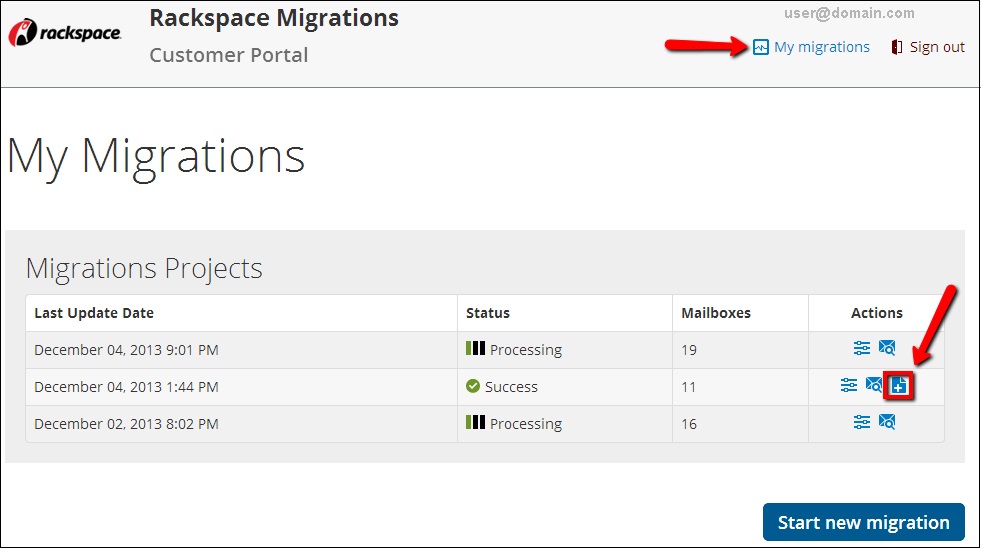